Welcome to the blog of FSX/P3D developer Dutcheeseblend! Enjoy reading!

Since 2017, I've been working on an FSX/P3D Fokker S.14 Machtrainer jet training aircraft from the 1950's. Together with Emile Lancee, we've gathered quite much information (such as drawings). I also created a large part of the exterior model. However, time and other issues do not permit me to continue this project. The WIP files will be made available publicly via the channels mentioned later on this blog.

To warm you guys up, here a few screenshots. 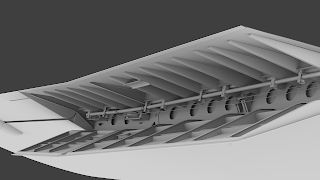 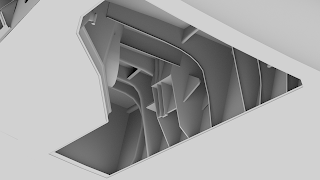 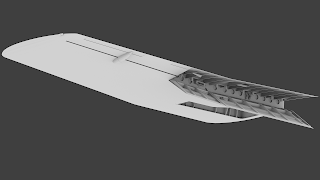 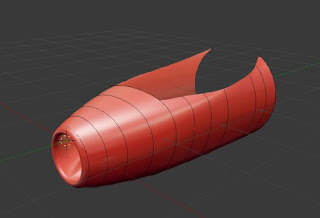 Posted by Dutcheeseblend at 20:16 No comments:

Here, I'll try to address some of the most frequently asked questions about operating the T.5. Furthermore, I will also mention some of the planned fixes in a future version (if they can be addressed at all).

Found issues
For now, I want to wish you all the best blessings for 2021 and happy flights with the T.5!
Please, also donate me (see donate button to the right) to help me making these great add-ons. Thank you!

Posted by Dutcheeseblend at 14:45 No comments:

I'm glad to notify that yesterday I released the Fokker T.5 for FSX and P3D! The addon can be found as a download on the regular websites, while I'm working to get it online on other sources as well. So if you can't find it yet on your favorite distribution platform, stay tuned!

For now, a few instructional videos to help you get flying.

Posted by Dutcheeseblend at 16:00 2 comments:

It's quite some time ago that I posted here. A lot of things have come along, and progress with the T.5 has been slowly. Yet, today I released a beta version of the plane. That is something to celebrate.

Posted by Dutcheeseblend at 14:42 No comments:

Last few weeks, I've been working on the Lewis gun, atop the fuselage. Here's a picture of the 3D: 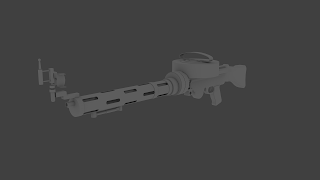 And it's mounted on a Fairey gun stand. The workings are demonstrated in the video:

In this short video, the Fairey gun ring with a Lewis gun mounted is demonstrated. It has two modes of operation:
- Mouse controlled, when the user is still flying;
- Joystick controlled, when the AP is switched on.
Obviously, this Fokker did not have an AP. However, the commander (in the nose) had a direction commander: a set of lights with which he was able to command the pilot into a certain heading. Since a multicrew aircraft might be difficult to operate in FSX for a single user, I expanded this to a simple autopilot. Now, the user can play commander, gunner or radio-operator without worrying about the controls.
Posted by Dutcheeseblend at 11:01 No comments:

Hi there!
I've been very busy last week, I even forgot to wish you all the best for Christmas... So, now, best wishes for the remainder of this period!
Regarding the T.5, the major part of the texture redo is done. This is how the cockpit looks now. 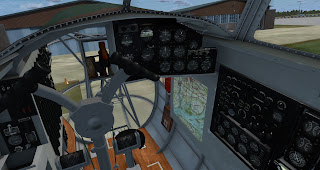 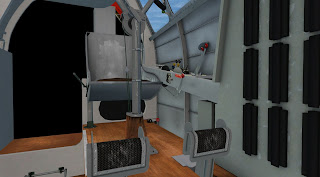 I've also redone the plafonnier here, thanks to new references. 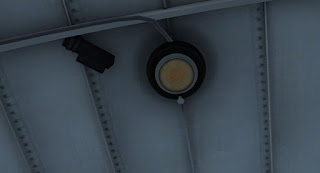 Hi everybody,
In the past few months, a lot has been going on, but I somehow lacked in keeping my blog up-to-date. One of the reasons might have been that Google Drive ceased its hosting services, so I had to replace all image links.
Anyway, I have been doing some nice things regarding the T.5. A major thing has been solved: the automixture system and the complete engine behaviour. The figure below refers to the throttle quadrant, which now controls the automixture in either auto-lean or auto-rich modes. 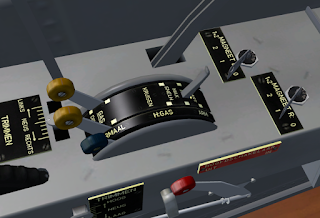 Until I get my hands at more information, I assume the engine behaviour is completely correct now. Everything involved a lot of testing. In FSX, this is also playing sometimes. I tried out Reshade shaders, but rejected them due to performance decrease.

Big part of the past time was weathering the interior. Difficult! A result can be seen below. The pilot's seat is weathered rather realistic and comprehensive. However, since in September the beta testing started, I decided to redo all mapping of the interior. 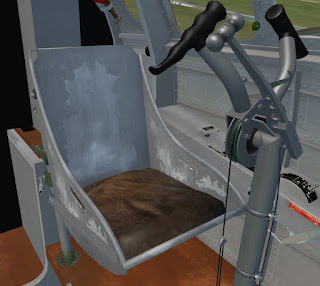 Another fine thing that has been solved, is the radio-operator's station. The radio itself is programmed (within FSX limitations), as can be seen below. 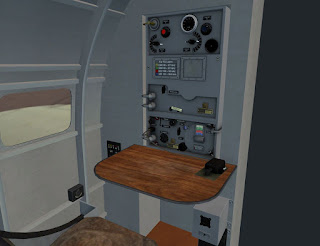 I also made another texture for the T.5: the 850. This registration has also an operational history, comparable with the 856. Here we see both stablemates flying over the Waddenzee.

Then, on September 24, a beta version V0.60 entered beta phase. Feedback of this test was the low resolution of the big interior textures. That is, mapped resolution. Therefore, I decided to completely rearrange the interior textures. For example, I relocated the leather textures to a dedicates, smaller sheet, also to benefit from a possible detail texture map. 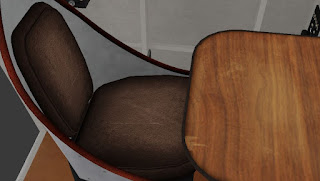 Also, the riveting of the interior was redone, the result is now far better. This remapping and retexturing does take quite some time, unfortunately. And next would be the weathering... 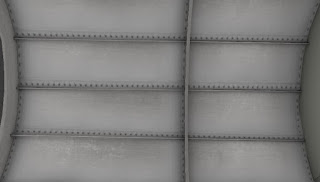 Well, that's for the business end of FSX development. As devoted members of the Dutch Aviation Forum (www.nederlandseluchtvaart.nl), we had a meeting early September. Sadly, one of our most respected members, Jaap "Tracker" de Moor died in November. He shall be remembered forever on our forums. 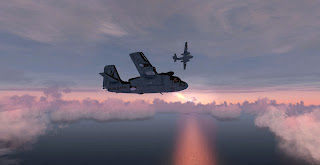 That's it for now!

Daan
Posted by Dutcheeseblend at 22:09 No comments:

Email ThisBlogThis!Share to TwitterShare to FacebookShare to Pinterest
Older Posts Home
Subscribe to: Posts (Atom)
Living by the grace of our Lord

"For God so loved the world, that He gave his only begotten Son, that whosoever believeth in Him should not perish, but have everlasting life."

Important to mention is that this airplane is developed using Blender. More information about this and the related workflow can be found at the Blender2FSX page at this blog.
Note: this workflow might be outdated! Current developments can be found at the FSDeveloper forum.